Mimmo Nucera, a member of the association Jaló tu Vua, passed away on the 17th of May, 2022, mourned by the entire Grekan Kalabria. His work and engagement were invaluable in preserving the Greek language and culture. He was a treasure trove of knowledge about the Greco community that he enthusiastically shared with everyone, especially with young people. He was involved in many activities promoting the Greko language and culture, including actively teaching “To Ddomadi Greko” at the summer school. His death is an irreparable loss to the community.
Mimmo was born in Gallicianò on 12th od April 1947. He was called “Milinari” because he played the role of a miller in theater performance as a child, and in Greko language “milinari” means miller. Since his early years, Mimmo had been involved in activities for the protection, maintenance and transmission of the Greko-Calabrian language, culture, and musical traditions. He danced and played the tambourine, accompanying the accordion and zampogna (an instrument similar to a bagpipe), and was an excellent zampogna player as well.
For the Greko community in Calabria, Mimmo was a point of reference not only in the issues of language but also in the organization of cultural events. The members of the Jaló tu Vua say that he was their teacher of life, their dearest friend, always with energy and perseverance striving to convey the Greko values to new generations. Everyone expressed immense gratitude to him for everything he did for the Greko community and for being just a great friend.
COLING project team expresses sincere condolences to the Nucera Family and the entire Italian-Greek community of Calabria. Our thoughts and prayers are with you all during this difficult time.
Mimmo, have a god travel, sing with the angels now!
Kalí stratia, na tragudìese me tus anghelu. 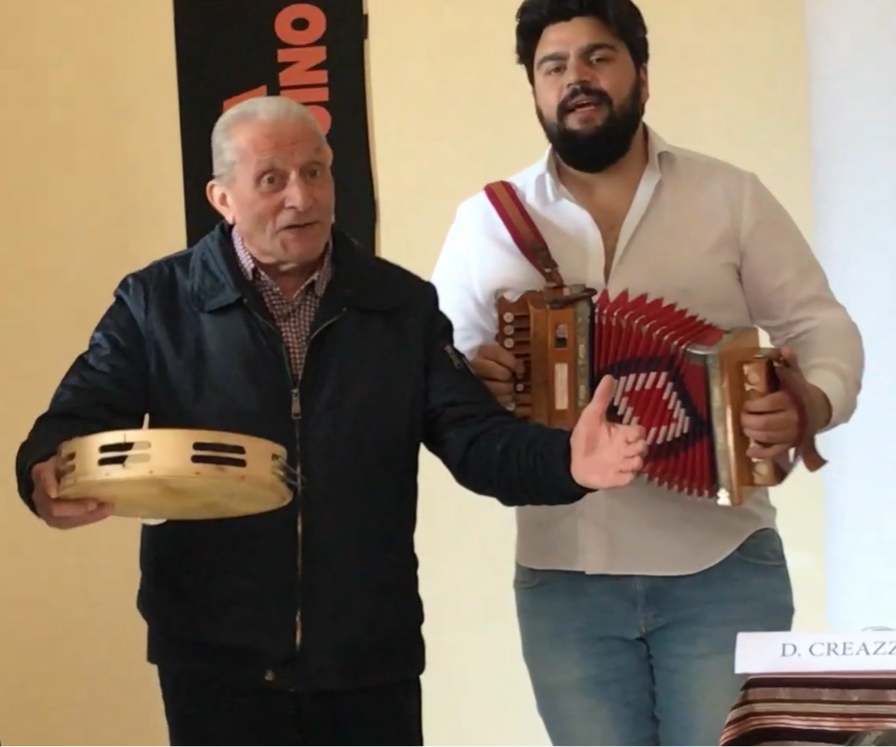