To Be Named Team 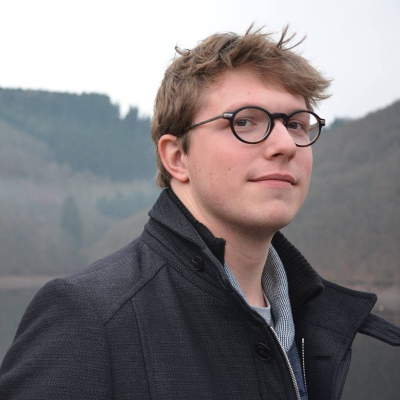 Jesse van Amelsvoort is a PhD candidate at the University of Groningen, the Netherlands. His research is situated at the intersection of comparative literature, minority studies, and European studies. He is an editorial board member of the Dutch Armada. Magazine for World Literature. He has published in Dutch Crossing, Dutch Review of Books, Global Perspectives, Politique europeénne, and Tulsa Studies in Women’s Literature. He is editing a special issue on “Imagining Communities, Multilingually,” due to appear with parallax in early 2022. In the To Be—Named project, he coordinates the workshop on personal names.

Krista Caballero is an interdisciplinary artist exploring issues of agency, survival, and environmental change. Moving freely between traditional and emerging media, her work explores the messy and often surprising encounters between human, ecological, and technological landscapes. In 2010 she created Mapping Meaning, an ongoing project that brings together artists, scientists, and scholars through experimental workshops, exhibitions, and transdisciplinary research. Caballero is the Interim Director of the Center for Experimental Humanities at Bard College and a Smithsonian Research Associate studying the cultural implications of bird species decline. She received her MFA from the School of the Museum of Fine Arts. 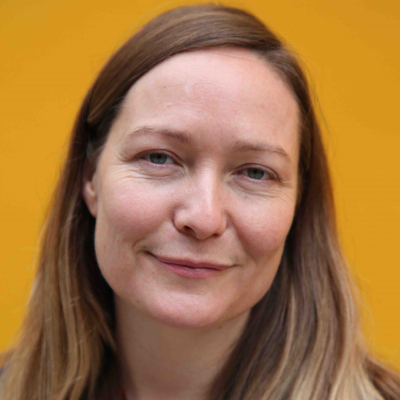 Gwyneira Isaac is Curator of North American Ethnology at the National Museum of Natural History, Smithsonian Institution. Her research focuses on the dynamics of and intersections between culturally different knowledge systems. Central to this is her ethnography of a tribal museum in the Pueblo of Zuni, New Mexico, and her exploration of the challenges faced by Zunis operating between Zuni and Euro-American approaches to knowledge. Her research into different knowledges (either culturally or disciplinarily distinct) include how technology is used within the production and reproduction of knowledge through replicas, models, and 3D printing. She is director for the Recovering Voices program, which supports Indigenous communities in their efforts to revitalize endangered languages and knowledge, as well as lead for the To Be—Named project.

Stanisław Kordasiewicz is the COLING Project main Coordinator and facilitates the cooperation of thirteen partners from academia and non-governmental organizations in order to improve the situation of minority and endangered languages speakers. He graduated from the Faculty of Law at the University of Warsaw (2005) and obtained there his PhD (2010). His current research interests include the protection of language, minority and indigenous rights. He worked (2016-2018) as an event coordinator in the Engaged Humanities project. He is passionate about bridging the gap between universities, local communities and the general public. He organised the “In our own words” film festival, that was focussed on indigenous cultures and languages and recognized as an official event of the UNESCO International Year of Indigenous Languages 2019. 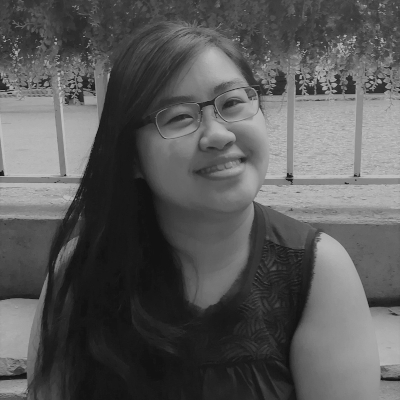 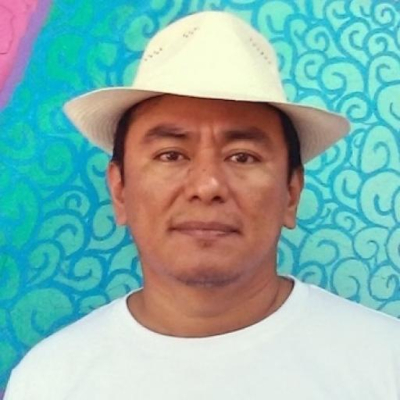 Genner Llanes Ortiz is a Maya scholar from Yucatán, México. He trained as a social anthropologist at the Universidad Autónoma de Yucatan (UADY) and completed a DPhil in Social Anthropology in 2010 at the University of Sussex in the United Kingdom. His research is concerned with Indigenous knowledge, organizations and performing arts, as well as intercultural dialogue. He has worked collaboratively with NGOs and Indigenous organizations in Mexico, Ecuador, Belize and Guatemala. His research has explored forms of representing Indigenous knowledge in intercultural education in Latin America, and more recently, focuses on Indigenous artistic forms in relation to language revitalization, anti-racism and decolonization. He worked in the “Indigeneity in the Contemporary World” project in Royal Holloway University of London, and also in the Centro de Investigaciones y Estudios Superiores en Antropología Social (CIESAS) in Mexico City. 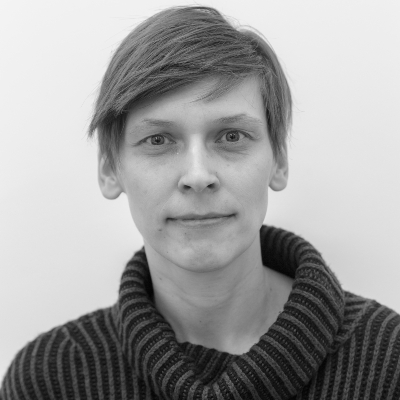 Marta Ostajewska is a Doctor of Fine Arts, performer and visual artist, and PhD researcher at the University of Warsaw (Artes Liberales). She graduated from the University of Lodz (M.A. in Theory of Literature) and received her M.A. in Multimedia Design from the School of Arts in Ghent. She has participated in many international projects: Human Hotel: Copenhagen in Denmark; BIO50 in Ljubljana; RIAP2014 in Quebec City, Canada; PAB2015 and PAB2017 in Bergen, Norway. She is editor-in-chief of the artistic and scientific magazine Afterimages, and is currently working on her second PhD: “Body as an Archive – Self-Agency of Indigenous bodies in the Museum Context.” In To Be—Named, she coordinates the arts group. www.martaostajewska.com

Omar Aguilar Sánchez is a Mixtec researcher belonging to the Ñuu Savi/Mixtec People (People or Nation of the Rain) of southern Mexico. He is an archaeologist at the National School of Anthropology and History (Mexico) and completed his PhD in 2020 at the Leiden University, The Netherlands. He specializes in Mixtec Codices, Mesoamerican archaeology, Mixtec living heritage, Post-colonial Digital Humanities, Language Revitalization and Indigenous Methodologies. Aguilar´s research focuses on understanding the cultural values of the Ñuu Savi People (through time), linking past and present on the base of language and cultural continuity, by studying cultural-historical heritage as a whole in contemporary communities of the Mixtec Highlands. In collaboration with fellow Mixtec researchers Selena Pérez and Celina Ortiz, Aguilar developed the app “Codices Mixtecos”. He is the recipient of a special recognition (Honorific Mention) of the Prize “Alfonso Caso” of the Annual National INAH Awards 2016 for best Licenciatura dissertation in Archaeology (Mexico). In 2019 Aguilar received the Mexican National Youth Award in the academic achievement category by the Mexican Government. 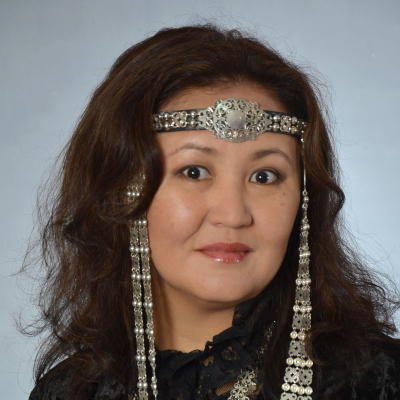 Kyunney Takasaeva is the coordinator of the Polish-Siberian research group at the Faculty of “Artes Liberales” at the University of Warsaw. She is native Sakha from Yakutia (Russia) and is interested in the identity of indigenous peoples and multiculturalism, including the cultures of Indigenous peoples of Siberia and US in the context of modern neo-colonialism, post-colonialism and decolonial studies (Indigenous Methodology). Her research looks at the work of foreign researchers on the identity of indigenous peoples in the Siberian territories up to the 20th century. She completed a doctoral dissertation in psychology (Moscow, 2001) and second dissertation (Warsaw, 2017) on changes in the culture and identity of the people of Sakha since ethnographic (cultural studies) research in the 19th century. In Poland, she has been involved in popularizing the cultures of indigenous peoples of Siberia through organizing lectures, exhibitions, film screenings, about the art and folklore of modern Siberia. She is the author of over twenty scientific and popular science publications that appeared in Sakha (Yakut), Russian, Polish and English. She has also published a children’s book and coloring comics in Sakha to help learn about climate change (global melting of ice) and to learn disappearing languages. 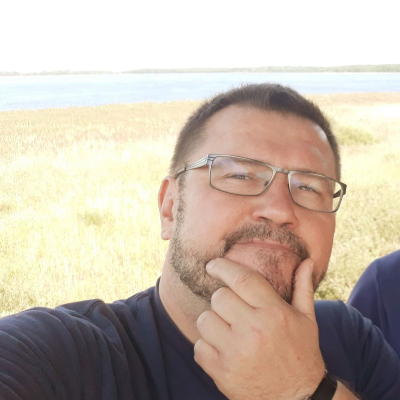 Tomasz Wicherkiewicz (born 1967) is a Polish linguist who specializes in sociolinguistics, language policy and planning, as well as minority studies, with special interest in endangered, minority and minorized, lesser-spoken, underresourced and underresearched languages and their communities all over the world, in language revitalization and documentation, and in minority language rights protection and research. He is university professor and head of the Department of Language Policy & Minority Studies at Adam Mickiewicz University in Poznań, Poland. He studied in the Netherlands and Germany, worked with the minority communities and academia in Europe, Asia, Africa, North and Central America (in 2019-2020 as fellow researcher at Smithsonian Institution’s program Recovering Voices in Washington, DC).